Foreword
“I’m illegitimate!” Jean declared to the author (her daughter) of this story. “I had no
idea until my brother Ian told me when I visited him in Canada in the 1980’s. I’d
always wondered why my father was so distant towards me when I was little…”
Jean’s mother Maggie had never said a word about this revelation while she was
alive. Maggie had taken her secret with her to her grave.
This bit of news came to light when my parents visited me in Australia in the
late 1990’s. It was absorbed and then relegated to the archives as being relatively
unimportant, as my mother had been brought up as a happy and privileged child,
living in the large family home of her bank manager grandfather Charles Frederick
Bruce and grandmother Rosa (nee Bingham). They were not wealthy, but Jean’s
grandfathers brother George Henry Bruce was.
It was George who owned the big house which employed servants, but he tended
to stay at the London Club most of the time, giving his brother and his wife and 4
children free rein of the property as their own, since it had been built around 1910.
As the years progressed, my mother became obsessed with trying to find out who
her birth father was but to no avail. In 2007 she asked for my help and this is the
moment I became interested in genealogy. But we didn’t even have her father’s
surname to go on…
Over the coming months and with much probing of distant relatives, I found a son
of a colleague who had worked with Jean’s mothers husband and who’d heard of a
story of infidelity between Maggie and somebody he thought was called Fishy,
who had been working in North Borneo in the early 1920’s.
With diligent trawling through ships passenger lists to Singapore post WW1, I
managed to find the only name that was even close to what I’d been told. His
name was John McArthur Filshie.

Who was my Father?

Jean Eva Macaskie was born on the 20th September 1922 in her maternal
grandfathers home “The Ridge” 39 Earls Avenue, Folkestone, Kent, England.
Her mother, Maggie Winifred Mary Macaskie nee Bruce (1894-1977) had returned
from North Borneo with Jean’s 3 year old brother Ian Bruce Macaskie (1919- 2005),
specifically to give birth to Jean in the more civilised environment of England.
Maggie had been living in Jesselton, North Borneo (now Kota Kinabalu) with her
husband Brigadier Charles Frederick Cunningham Macaskie (1888-1969) and their
son Ian for 2 years. 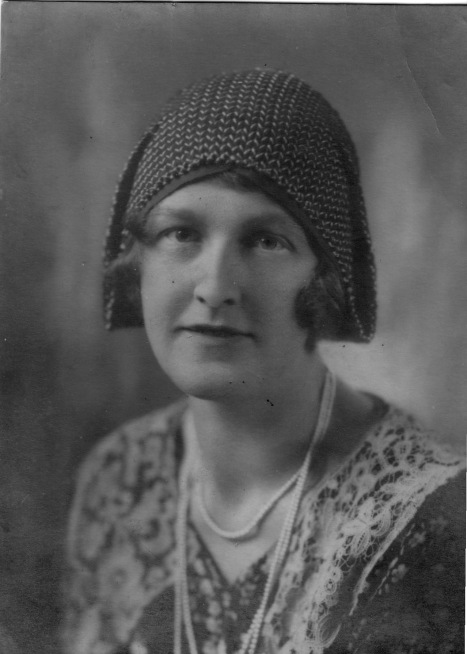 Charles Frederick Cunningham Macaskie was called to the bar through Gray’s Inn,
entered North Borneo in 1910 and served in the First World War in the Royal West
Kent Regiment. He continued working in North Borneo as a British government
official after the war.
Charles and Maggie had met and married in England in 1918 before Charles
returned to the British protectorates of North Borneo, Sarawak and Brunei in 1919.
It was shortly after their son Ian was born that Maggie, Ian and a nanny, sailed first     class on the ship Delta from London to Singapore and then on to North
Borneo – part of the Straits Settlements, to join Charles.
Her husband Charles was constantly travelling to remote villages in North Borneo
with his work as a circuit judge. He had refused to allow his wife and son to travel
with him, citing inhospitable environments with no civilised western standards, so
Maggie and Ian were left alone in Jesselton for the most part.
During this time, Maggie became acquainted with John MacArthur Filshie
(1896-1980), a Scottish accountant employed by Harrisons & Crosfield, the tea
company who also had rubber and palm oil interests with offices based in
Jesselton.
During WW1 John had enlisted as a private in 1914 with the Cameron
Highlanders. He was dispatched to France where he was seriously wounded in
1915, but commissioned to 1st Lieutenant in 1916. After the war, he sailed to
Singapore on the ship Malwa in January 1920 to the Straits Settlements as an
employee of Harrisons & Crosfield.
Anecdotal evidence from the second wife of Charles Macaskie (Doris nee Cole)
whom he married in 1946, suggests that the relationship between Maggie and
John McArthur Filshie had become so strong that they actually started living
together while Charles was away dispensing justice in the remote villages of North
Borneo, Sarawak and Brunei.
John Filshie approached Maggie’s husband Charles upon his return to Jesselton
and begged him not to notify John’s employers for fear of losing his job and
therefore not being able to support Maggie without an income. Charles said he
wouldn’t disclose this indiscretion on the proviso his wife return home and for John
and Maggie to have no further contact.
Some weeks after her return to husband Charles, Maggie discovered she was
pregnant. As was the custom back then, Charles sent the pregnant Maggie and
their son Ian back to England for Maggie to give birth. Charles was aware that the
unborn child was not his own but for “decency’s sake” and to prevent the unborn
child from future embarrassment, agreed to be named as the father.
After Jean Eva Macaskie’s birth in 1922, Maggie and her children remained in
Folkestone. She’d hated the climate and lack of sophistication of North Borneo and
had also desperately missed her parents. In particular, her father who had doted on
his youngest “little ray of sunshine” from the time she was born.
Charles continued to provide for his wife and children, but on a visit back to Kent
after Jean was born, Maggie and he decided to officially separate. They were
divorced in 1926.

The family home ‘The Ridge’ in Folkestone, Kent, England where Jean was born.

An excerpt from the book published in 2011, ‘End of an Era’ – The Borneo
Reminiscences of C. F. C. Macaskie C. M. G. describes his relationship with Maggie.

“I went on leave and during my leave was married to a girl whom I’d met the
previous year. She was the spoilt daughter of a retired bank manager who lived on
a houseboat on the Thames, shared by the family with an uncle who had been the
general manager of the great Burma firm of Steel Brothers. She was a pretty girl
but all her interests were different from mine. It was one of those all too frequent
war marriages that soon became wrecked. Even in my infatuation I had the sense
to feel that perhaps I was making a mistake, but the average life expectation of a
subaltern in France was very short in those days and it was not surprising that
young men took a short term view. I was as much to blame.”

Another excerpt describes the marriage breakdown.

“ The next two years were unhappy ones for me. My marriage was breaking up.
Under different conditions and with another man, the girl I had so rashly married
might have proved a different person, but our interests were poles apart and she
was not cut out for colonial life. No doubt I was partly to blame for the failure.”
“After a miserable period in which I found work the only anodyne, I sent my wife
home on the understanding, bred of Victorian manners which were already
outdated, that I would take the blame and give her grounds for divorce when I
returned on leave. This would leave her free to marry the young man with whom
she seemed infatuated. I carried out my distasteful undertaking. The young man, I
may add, did not carry out his obligations. Georgian standards were less rigorous
than Victorian standards and maybe he was wise in his generation.”

It’s not known whether John McArthur Filshie ever knew that Jean was his
daughter. In July 1922 he returned to his widowed mothers residence in Old
Kilpatrick, Dunbartonshire, Scotland two months before Jean was born. His mother
was a wine and spirit merchant and it appears he managed the business for her.
There is no evidence that John or Maggie ever made contact again.
Johns paternal ancestors can be traced back to the mid 1600’s, which is the first
record found of the name Filshie from Old Kilpatrick, Dunbartonshire, Scotland. It
appears that all Filshies in the world have originated from this one place.
The name is unique and after much research into it’s meaning, I’m inclined to think
the Filshies may have been Huguenots. The french words Fils Hie mean Son of
the Rammer, which could possibly have meant the ancestor was in charge of
loading the cannons during battle. Perhaps the first recorded Scottish Filshie had
fled from France during those days of religious persecution. I have not been able to
verify and this remains my theory only.
As the Filshies prospered as farmers around Old Kilptrick, the descendants
ventured into whisky making. In 1838 Alexander Filshie (1808-1852) went into
partnership with his brother-in-law John Hart, to purchase the Auchentoshan
Distillery. Alexander’s brother James (1813-1884) also became a partner. James
was John McArthur Filshies grandfather. 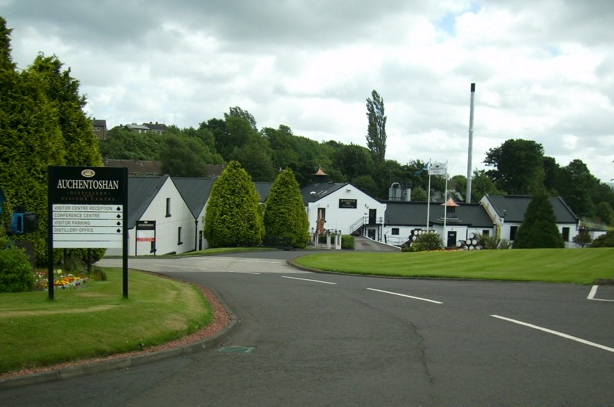 Auchentoshan Distillery in Old Kilpatrick.
The distillery was and still is famous for it’s fine single malt whisky. The Filshies
sold the business in 1878 and James retired to Gavinburn Farm, where he died in
1884.
James Filshie had married Elizabeth Baird in 1854 and they had produced 8
children, one of whom was Alexander Filshie (1867-1907) and he was John
McArthur Filshie’s father.
Alexander Filshie was a wine and spirits dealer when he married Janet McArthur in
1890 and they produced 5 children. After his death from tuberculosis in 1907, his wife Janet continued with the business which was situated in Lusset Terrace, Old Kilpatrick
Dunbartonshire.
John McArthur Filshie’s WW1 draft papers list his next of kin as his mother Janet
residing at Ardenlea, Station Road, Old Kilpatrick. It is to this address that he
returned when he left North Borneo in 1922. He continued to live there until his
marriage.
In 1932 John married Williamina McRea in Bowling. They had 3 children, a daughter
born in 1933, a son who died a few hours after his birth in 1934 and another daughter born 1935.
In 1942, Williamina died of a cerebral haemorrhage and chronic nephritis. Her
daughters from this marriage were just 9 and 7 years old.
John’s record of death was on the 9th Feb 1980. Collyweston House, Main St,
Riddlington, Uppingham, Oakham, Leicestershire formerly of 7 Hammond Close,
Pampisford, Cambridgeshire, Spirit Merchant (retired) – London Gazette 11/4/1980
Afterword
I’m pleased that I was able to answer my mother’s question of who her father was
for her. She now knew much about her father and had also discovered she had 2
half sisters. Sadly, she never got to meet them before she died in 2013, as contact
with a direct descendant suggested that he and the family had no interest in the past,
only the future…
Perhaps his children might be interested in family history one day.
Maggie Speak – daughter of Jean Eva Macaskie. © Speak of the Past 2018.

4 thoughts on “Who was my Father?”