I came across an old occupation I’d never heard of before when I was researching the background of Thomas Gibson from Hebden Bridge in Yorkshire. Like his father and grandfather before him, Thomas’s 1841 census information stated he was a Whitesmith.

“Whitesmith: specialised in crafting items from tin, lead, silver, pewter and the like, or who polished newly made white metal products. When found on census returns the occupational title Whitesmith needs to be put into context, taking into account the industry worked in. For example, a Whitesmith working in a cotton mill may have spent his time making or finishing metal clothing accessories and fastenings.” https://www.familyresearcher.co.uk/glossary/Dictionary-of-Old-Occupations-jobs-beginning-W3.html

So how is it that 20 years later at the age of 40, this man is now recording his occupation as a photographer in the 1861 Census? 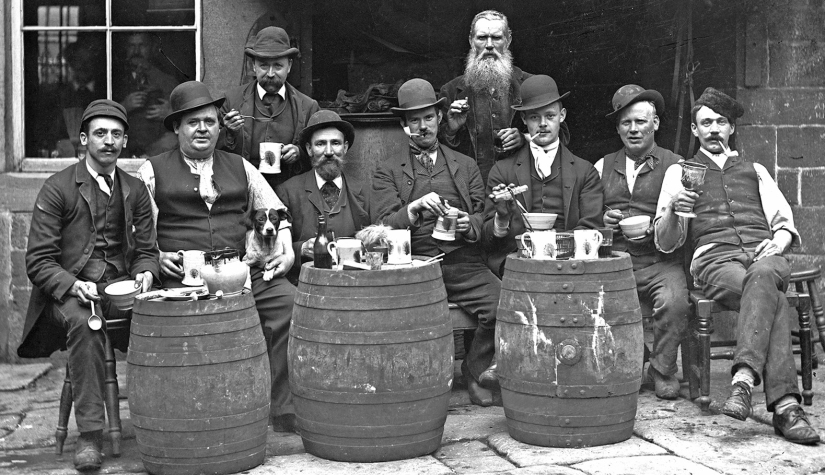 During the early 1800’s, the Calder Valley in Yorkshire established itself as a manufacturer of wool and worsted cloth, with many weaving mills that were powered by the fast flowing streams and rivers. These mill spinning and weaving machines would have required small metal parts such as spindles and flies repaired or replaced regularly. Weaving was the major industry in the area, so I would imagine a Whitesmiths skills would have been in demand.

Looking into Thomas Gibson’s family history, it appears that Thomas’s father Samuel Gibson, a gifted mechanic and fine metal turner, opened his own Whitesmith shop in 1820. Interestingly, Samuel (an uneducated man) was also well known in the area for his passion as a natural historian. Perhaps Thomas was apprenticed to his father?

I guess around the mid 1850’s, Thomas’s interest was peaked with the relatively new invention of photography. The process requiring the manufacture of fine metal plates of which he would have had an abundance of the raw material from the Whitesmith business. I’m suggesting he made his own plates.

I’ve not found any record of any formal training accomplished, but by 1855 Thomas Gibson had begun advertising his services as a photographer in the local newspaper. 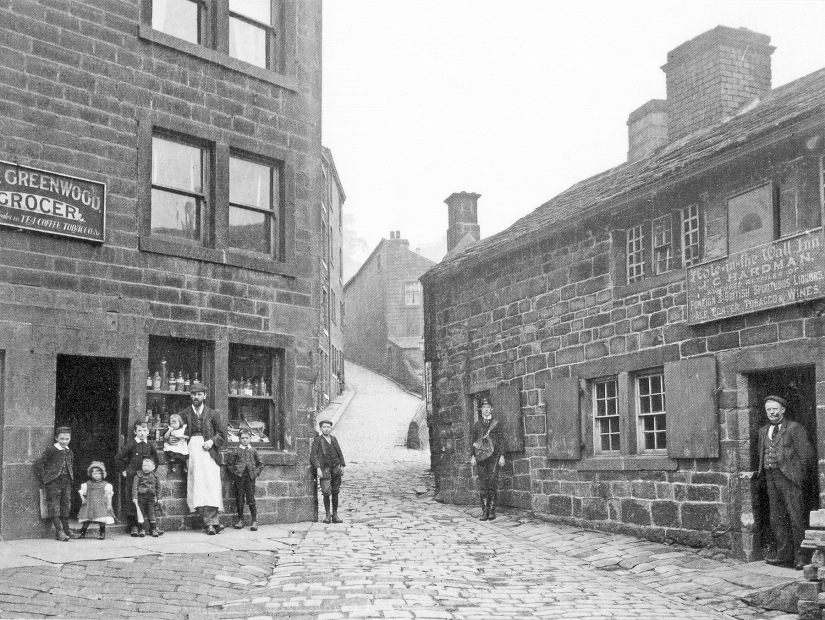 Perhaps this started as a hobby for Thomas, but by the time the 1861 census came around, he recorded his occupation as Photographer. He was working from his Dog Bottom home.

The Gibson family must have prospered in business, as by 1874 they owned a workshop, warehouse and 3 homes in Crown Street Hebden, where Thomas, his sons and his brother William worked and lived. His sons manufactured sewing machines and it is Newton Gibson, one of Thomas’s four sons, who devoted all of his spare time teaching himself art and photography. He became well know for his creative work.

So, by embracing the era of industrialization and from the humble beginnings of working with tin, allowed Thomas to indulge in what must have started as a pastime, to become known as a respected photographer. His grandson Edward Binney Gibson, donated his grandfather’s photographic plates to another known photographer Jack Uttley after Thomas died.

The photographs reproduced here by kind permission from John Uttley. More of his work can be found here http://www.fieldhead.net This website is a fascinating insight into life in the Calder Valley in the 19th and early 20th Centuries. © Speak of the Past 2018.

2 thoughts on “From Whitesmith to Photographer in 1855.”